How to use open source information to investigate stories online

Myself and others at First Draft frequently receive emails from a whole range of people asking how they can start doing the sort of online open source investigation and verification that they’ve seen us doing. The skills and methodologies used are all something that can be learnt through a little persistence, but here are a few pieces of advice to get you started.

Get on social media and take part

When I first started my work, I thought Twitter was a place where celebrities shared photographs of their food. After years of experience, I now know that place is in fact Instagram, but to achieve that level of social media mastery I actually had to take the plunge and get on social media.

Joking aside, over the last few years there’s been a growing community of online open source investigation fanatics on social media sites, and on Twitter in particular. There’s no better way to start learning than by finding some of the people discussing open source material, and follow those discussions to get a feel for what people are already doing. This Twitter list of various experts and interesting people working in the areas of verification and online open source investigation is a great place to get started.

Once you feel brave enough, you can leap into some of the ongoing discussions with your own ideas, and even begin to build your own reputation among the communities that exist. Just keep in mind some of the groups involved with these discussions are less interested in facts and more interested in pushing an agenda. They are a minority, but they won’t take kindly to anyone applying evidence and logic to their claims.

A great example of where positive discussions can go is the recent ISIS social media campaign which, thanks to Twitter users, ended up being a PR disaster. ISIS supporters across Europe were encouraged to take photographs with the social media campaign’s hashtag on a piece of paper but inadvertently gave away their positions, allowing Twitter users to track down the exact location where each photograph was taken and inform the local police. 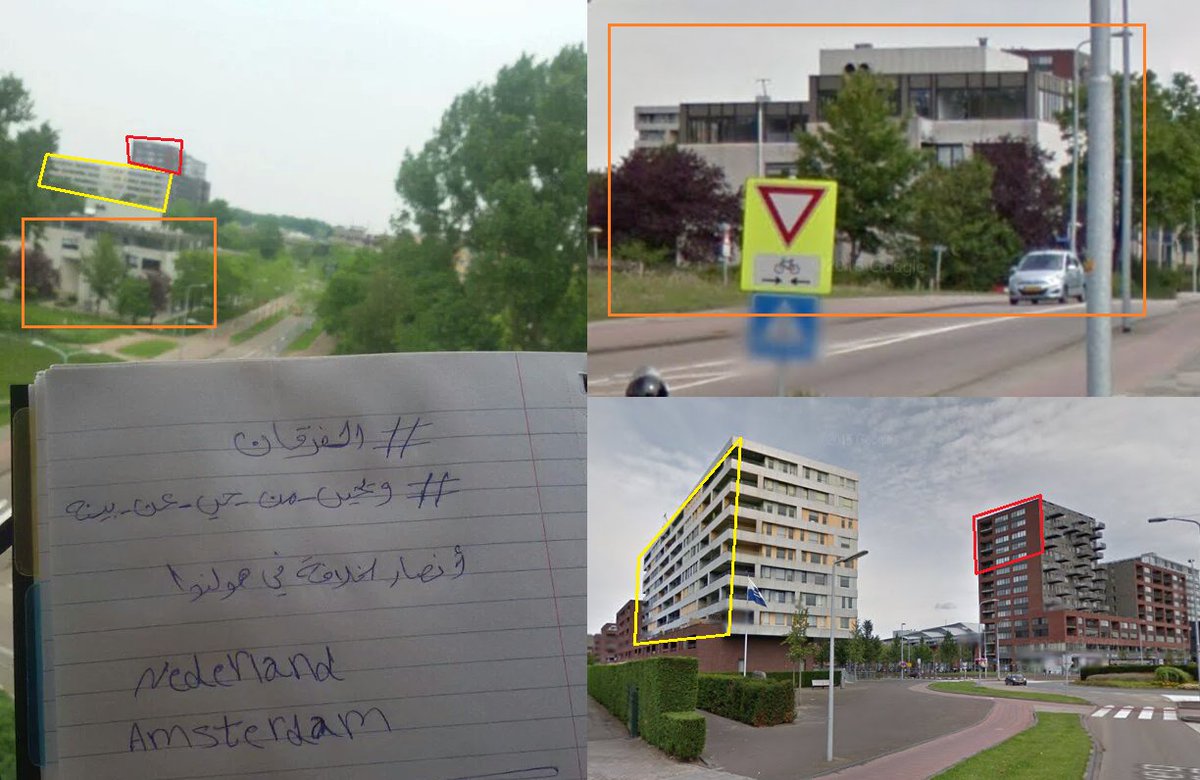 ISIS Fanboy number 4 geolocated in Holland, thanks to the many of you that helped https://goo.gl/maps/X6sNTYCZi7P2 …

If there’s one skill that I believe is core to verification and online open source investigations, it’s geolocation. Geolocation is using clues in photographs or videos to find the precise location it was captured, therefore verifying it is in the location claimed by the person sharing it (or finding the location if none is given in the first place).

There’s many examples of this in all sorts of investigations, and you’ll often see people on social media sharing their attempts. This will usually take the form of a pair of images: one is the image being geolocated, the other will be satellite imagery of the area, with lots of colored boxes showing matches.

Start by reading “A Beginner’s Guide to Geolocating Videos,” then check out other articles such as “Stunt Geolocation – Verifying the Unverifiable” and “Searching the Earth: Essential geolocation tools for verification,” and test your skills with First Draft News’ geolocation challenge.

Beyond following the chatter on social media, you can also check out the growing number of websites and blogs that are publishing their own online open source investigations. The conflicts in Syria and Ukraine have produced a number of these sites, and my advice to anyone writing about their open source investigations is try to include each step of the process you used to come to your conclusions. That means anyone reading your work should be able to follow those steps and arrive at the same conclusions without making any leaps of logic.

For a beginner. this is a good chance to get some practice by reviewing the work of other people. This doesn’t have to be fact-checking the sort of 50-page reports that Bellingcat produces, but something as small as an individual photograph or video being geolocated. You might find that beyond being able to recreate the investigation, you can also discover stuff the original author has failed to notice.

Learn how lucky you are

When online open source investigation first became popular, there were no online guides or case studies for anyone who wanted to learn how to do it themselves. Since then, Bellingcat, First Draft and others have produced an ever-increasing number of guides, case studies, and how-to guides on various aspects of verification and online open source investigation. These cover a wide range of topics, and are perfect for anyone who wants to teach themselves how to do these investigations.

A good place to start is the Verification Handbook, which covers a range of different types of verification and investigation, and is available in multiple languages. From there, check out Bellingcat and First Draft, and take a look at what people are sharing on social media.